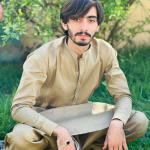 The Odyssey team has recently posted that a new jailbreak for iOS 15 is coming soon. They posted a Tweet in which they also shared a picture.

When you will click on the picture, you will see that this is the jailbreak UI. Cheyote jailbreak for iOS 15 has been announced. So really quick this is for 15.0 to `15.1 on all devices. This was meant to be called electro jailbreak but I know some nick changed the name I’m going to continue to call this electro jailbreak. I’ll let you know how you can change the app name to electro jailbreak actually is.

Also, some of the youtubers like geosnow has tweeted that its not being managed by the official odyssey team therefore it could lead to a scam.

But its not something that if it not legit then you’ll not get any iOS 15 jailbreak, the fugu 15 jailbreak is also being developed by the Fugu 14 developer which is likely to be released soon as the first ever iOS 15 jailbreak.

You will be able to download fugu 15 jailbreak guide from here once its released.

There is no ETA for Cheyote but it is said to be released “in the near future.”

You will see on discord in the coming weeks. So one week, two weeks, three weeks, coming weeks not coming months very important there it will be a rootless jailbreak.

On the techacrobat.com discord you will further see,

So yeah, electro jailbreak has been announced and they called it Cheyote jailbreak.

Top 8 Telemedicine Apps on the Market